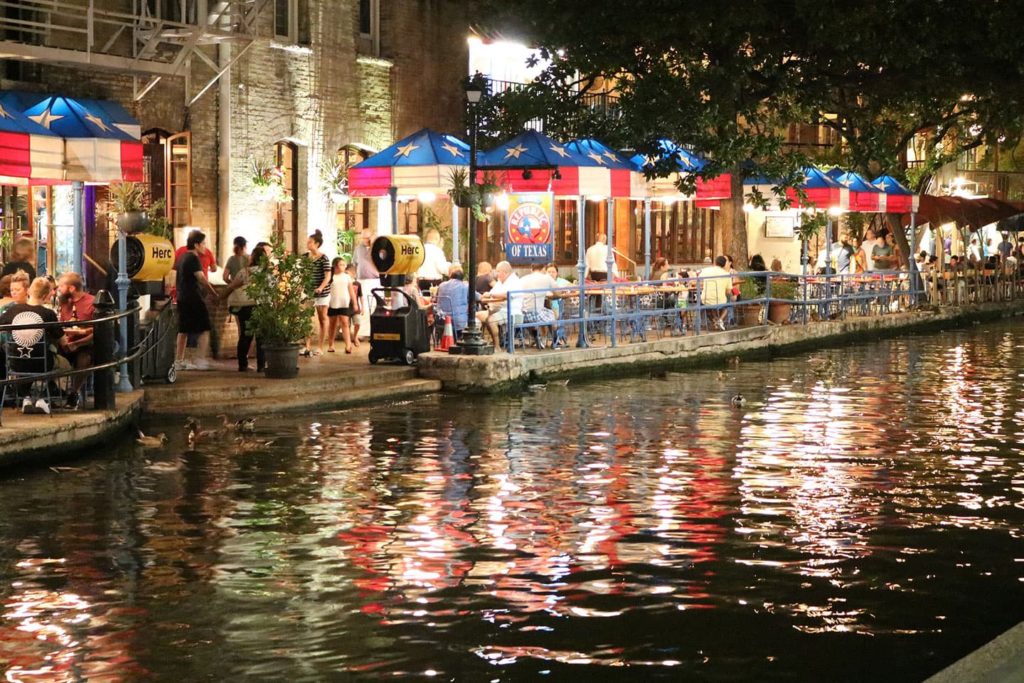 Dr. Hoberman created EndoMune Probiotics when he discovered the need for a supplement that could help with stomach issues like gas, bloating, diarrhea, Irritable Bowl Syndrome, and constipation. Watch Dr. Hoberman speak about the benefits of adding a probiotic in your daily routine during San Antonio’s TV segment, Daytime at Nine. Dr. Hoberman discusses his latest addition to the EndoMune family, Metabolic Rescue. EMR is a unique blend of prebiotics and probiotics that supports natural effective weight loss by boosting your metabolism and helping curb your appetite. Watch the Daytime at Nine segment to learn more. 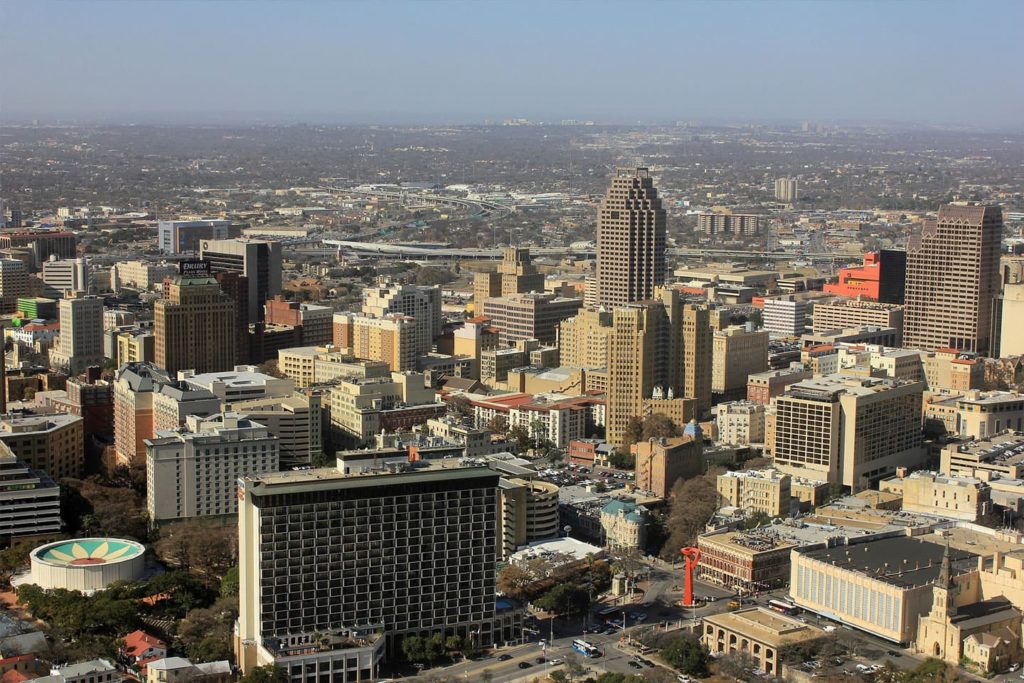 SA Living welcomed Dr. Hoberman, creator of EndoMune Probiotics, on the show to discuss the need people have for probiotics in their daily routine. Watch him discuss the benefits it delivers to your gut health and your overall health. The segment features the latest addition to EndoMune Probiotics, Metabolic Rescue. EMR is a unique blend of prebiotics and probiotics that support natural effective weight loss by boosting your metabolism and helping to curb your appetite.

The very last thing you’re probably thinking about when watching exciting science-fiction films like Interstellar or Gravity is the gut health of the astronauts flying through space.

But that doesn’t mean Earth-bound scientists aren’t studying or thinking about it… a lot!

Some of these studies could have some important real-world implications and benefits, even for the 99.99 percent of us who will never fly higher than 39,000 feet (slightly more than 7 miles) in the air.

The most current and popular project has been the Twins Study, encompassing 10 NASA-funded studies that compared the molecular structures of identical twin astronauts: Scott Kelly who spent nearly a year in space living in a zero-gravity environment and his brother Mark who stayed on the planet as an “Earth-bound control subject.”

One of these research projects, based in Chicago at Northwestern University, Rush University Medical School and the University of Illinois, discovered some interesting fluctuations in the gut microbiomes of both brothers.

Researchers found imbalances in two dominant groups of bacteria (Bacteroidetes and Firmicutes) had shifted in Scott Kelly’s while space bound and returned to pre-flight levels after arriving back on Earth. Interestingly, Mark Kelly’s gut microbiome fluctuated in those two areas too, however, not as drastically as his twin.

Another very surprising result: An expected change in gut diversity while Scott Kelly was in space never happened.

A pair of Canadian researchers at Western University made a good case for female astronauts taking probiotics in a 2016 report appearing in the health journal Women’s Health.

For instance, women experience more UTIs during space missions than their male counterparts. Treating women with antibiotics may be problematic due to gravity, not to mention the complications associated with overusing them, which is why researchers believe probiotics may be a better option.

“It’s important to look at the health of women,” said Carmilla Urbaniak, a Ph.D. candidate working at the school’s Schulich School of Medicine & Dentistry, according to a press release.

Studying gut health on a microchip

Preventing disease isn’t the only concern on the minds of one lab funded by NASA at the University of Arizona’s Center for Applied NanoBioscience and Medicine.

Researchers there have created amazing “gut-on-a-chip” technology that mimics the internal workings of the human gut. Its primary function for this research is to test how the human gut will respond to cosmic radiation exposure during long periods of space travel.

Among the more practical applications for this microchip technology include the development of probiotics that could treat or even prevent radiation damage, says Dr. Frederick Zenhausen.

Back a bit closer to planet Earth, you may be traveling long distances in airplanes, especially over the long holiday season, to see family members far and wide.

These abrupt time shifts can also create problems for your gut, not only by messing up your body’s natural 24-hour circadian rhythms but playing a role in triggering the accumulation of body fat that leads to obesity.

Getting the right amount of sleep and eating a healthy, balanced diet goes a long way toward combating the effects of jet lag, but so does protecting the health of your gut.

Taking a probiotic with multiple strains of beneficial bacteria, like EndoMune Advanced Probiotic, every day gives your gut the extra protection it needs when traveling on land or in the air.

This week we’re kicking off an ongoing series of interviews with noted health care experts who consider good gut health essential in treating a wide variety of health issues.

Our first interview with Dr. Josephine Ruiz-Healy discusses the various gut health benefits probiotics provide children. Dr. Ruiz-Healy is a Clinical Associate Professor of Pediatrics at the University of Texas Health Science Center (UTHSC) at San Antonio. In private practice for two decades in San Antonio, she is Board Certified in Pediatrics and Integrative Holistic Medicine.

A relatively recent trend in American medical circles, integrative medicine focuses on treating the mind, body and spirit – at the same time by using the best of conventional and alternative therapies to facilitate the body’s innate healing responses, naturally and effectively.

Dr. Ruiz-Healy discusses how probiotics, good gut health and other integrative health tips can help babies get started on the right foot, along with avoiding antibiotics as often as possible.

Recent studies have reported mixed results about probiotics being an effective treatment for colic. Have you found probiotics to be helpful?

There has been mixed results in limited studies. The studies themselves show wide variability in their designs and parameters to offer definite results. However, it is a fact that infants with colic have a different intestinal microbiota than their “non-colicky” counterparts. Colicky infants have mainly coliforms that are not well colonized with Lactobacillus.

A different pattern is also seen in babies not colonized at birth who are born via Caesarean section and infants who are not breast-fed. We find the use of probiotics to be beneficial in some of our colicky babies who have these commonalities. Choosing the right probiotic is important. Not all are created equal and they all have different functions.

Multivitamins can cause constipation for some kids. Can probiotics and a healthy diet help?

We try not to use multivitamins that have iron if we do not need to supplement for this deficiency. But, without a doubt, trying to eliminate processed foods and over-cooked foods that indeed change your microbiota and substituting them with foods that have their own healthy biofilm and increasing their water consumption certainly change the microflora.

How do children benefit most from taking a probiotic?

Children are living in a toxic “artificial” environment now. That toxicity is interpreted by many scared parents as “too many germs” and not realizing we are more bacteria than human cells.

We try to eliminate everything that seems “contaminated.” We sterilize our homes but our children attend day cares where they get sick. Also, that illness in many instances is treated with antibiotics regardless if it is warranted or not, and kills the good bacteria in our gut further compromising our immunity.

Probiotics help fill that void we have because of life in the 21st century. A good blend of live probiotics seems essential to protect our kids and help them develop and maintain a healthy immune system.

What does good gut health mean for young children?

There is research ongoing that the microbiota in infants is different for infants who develop allergic diseases, at all system levels. This is influenced by many external factors. We can change some of these factors by keeping, via the adequate mix of probiotics, a healthy gut microbiota.

When do you prescribe a probiotic to a young patient?

We recommend probiotics to infants who are bottle-fed, breast-fed infants whose mothers are on antibiotics or do not plan to breastfeed long, infants entering day care and fussy colicky infants who have no other underlying problems. It is essential children have a healthy gut microbiota before age 2!

Physicians are finally realizing the overprescribing of antibiotics is a serious health problem, although certain conditions require them. How do you advise parents?

Whenever we have children on antibiotics, we recommend probiotics rich in S. boulardi and we recommend they stay on them for at least a month before they change to a different mix of probiotics.

What other integrative health tips can you suggest to parents wanting to bolster their child’s gut health in addition to probiotics?