The health of your microbiome may be critical in spotting the early signs of nonalcoholic fatty liver disease (NAFD), the most common form of chronic liver disease affecting up to 100 million Americans.

Between 20-25 percent of that group will face the most severe form of NAFD — nonalcoholic steatohepatitis that can inflame and damage the liver — at some time in their lives.

Insulin resistance, diabetes and obesity are some of the variables that lead to the accumulation of fat in the liver, triggering NAFD.

Interestingly, Spanish researchers at the University of Granada spotted some of the first signs of a gut health connection with NAFD in a PLOS One study using probiotics.

Scientists discovered feeding obese rats beneficial strains of probiotic bacteria — either separately or combined — reduced steatosis, the first stage of NAFD in which fat accumulates in the liver.

For the study, obese rats were fed single strains of beneficial bacteria or a combination of them for 30 days. Compared to animals receiving a placebo, rats fed probiotics produced significantly reduced amounts of lipids (mainly triacylgylcerides) in their livers, along with lesser quantities of pro-inflammatory molecules in their blood.

The good news about NAFD: Making small lifestyle adjustments can do a lot of good. Losing those extra pounds (even as little as 3 percent of your starting weight), managing your cholesterol levels and moving on a regular basis with an exercise program can make a healthy difference.

Boosting your gut diversity with the help of a multi-strain probiotic like EndoMune Advanced Probiotic can be a healthy way to protect your health from problems related to obesity like NAFD too. 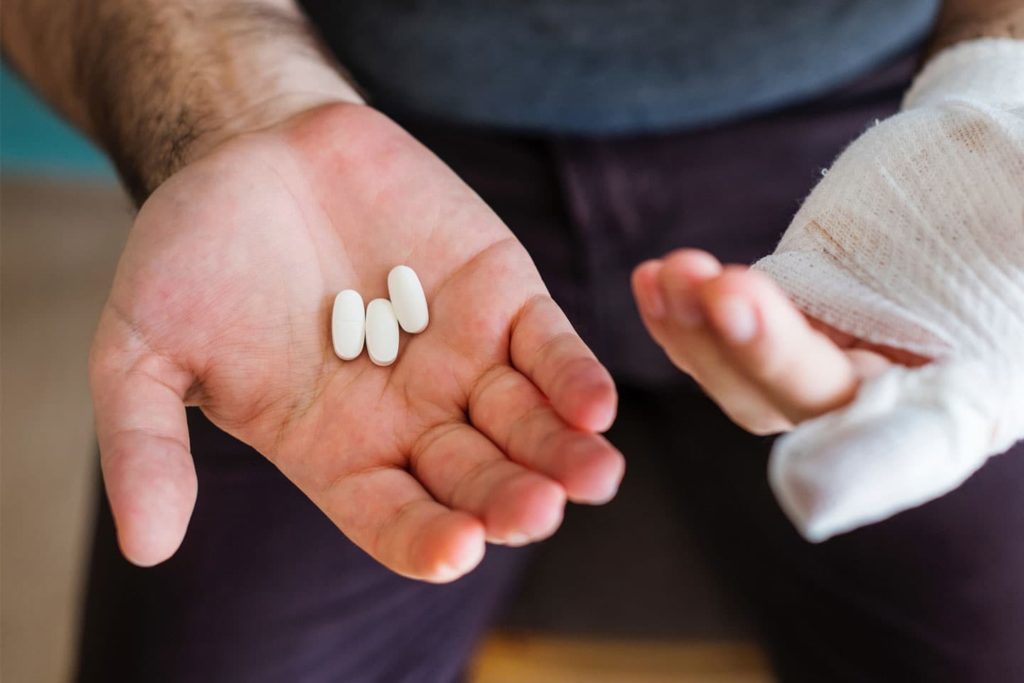 Many medicines are available over-the-counter (OTC) at your local drug store and not prescribed by a physician, but that doesn’t mean taking them is completely risk-free.

A good example is acetaminophen (better known in America as Tylenol), probably the most common OTC painkiller available besides aspirin. (It’s also available in a prescription form as Percocet or Vicodin.)

Acetaminophen is available in lots of ways — syrups, capsules and drops — so it’s very easy to take their safety for granted.

One of the most common risks associated with taking acetaminophen is liver damage, when you take too much of it (no more than 3,200 mg per day). It’s enough of a concern the FDA devotes an entire web page that explains the risks of taking too much acetaminophen and how to avoid them.

So, how does taking too much of an OTC painkiller have anything to do with your gut health?

We warned you recently about an intriguing way your gut microbiome may be used to spot signs of nonalcoholic fatty liver disease, the most common form of chronic liver disease, based on subtle drops in genetic gut health diversity.

Not surprisingly, probiotics may limit the damage to your liver from taking too much acetaminophen, according to a study presented by Emory University researchers at a recent meeting of the American Society of Investigative Pathology.

In fact, one of the primary strains of beneficial bacteria contained in EndoMune Advanced Probiotic — a proprietary strain of Lactobacillus rhamnosus — was the active ingredient in the report.

The problem with taking too much acetaminophen, not to mention serious liver damage or death, is a marked increase in free radicals that triggers oxidative stress.

Based on tests with mice, animals fed a probiotic in their food for just two weeks suffered less damage when given an overdose of acetaminophen than those receiving no probiotic at all.

These results build upon previous research which targeted the molecular process in which probiotics containing Lactobacillus rhamnosus protect the body from oxidative liver injury thanks to a protein (Nrf2) that regulates genes involved in fighting free radicals.

There’s a lot of work be done to determine if this same gut-friendly protection holds up for humans too. That said, it’s a good idea to stay on the safe side and follow some common sense precautions to avoid any problems with acetaminophen in the first place. 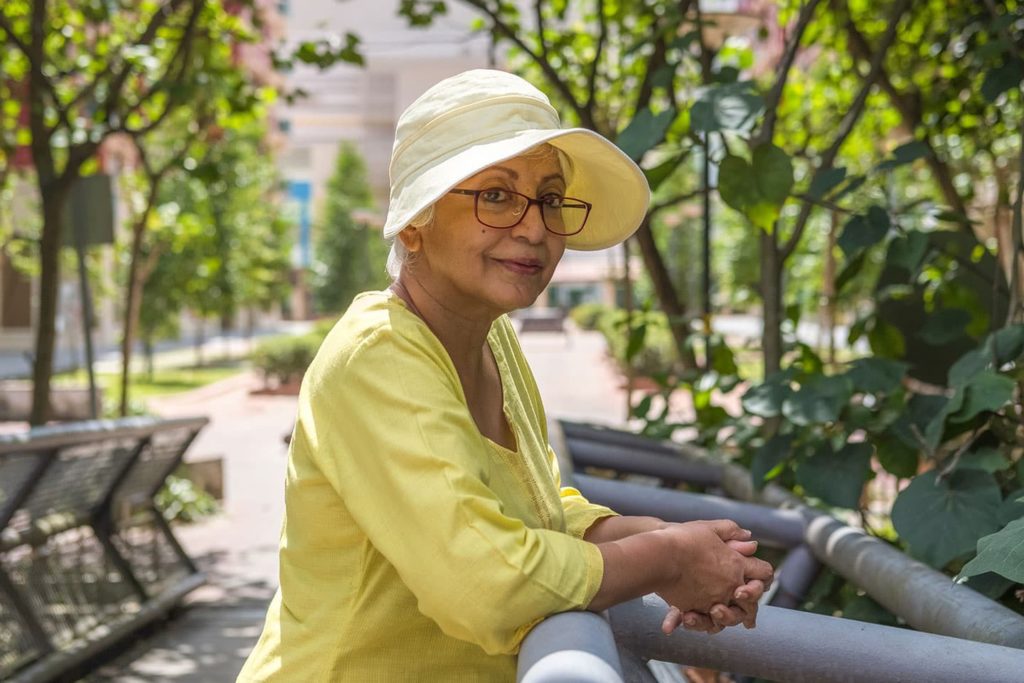 We’ve talked a lot about how the gut is so hard-wired to the body that it governs many aspects of your health behind the scenes, from the inner workings of your brain to getting a healthy night’s sleep.

Your gut microbiome may also play an important role in spotting early warning signs of nonalcoholic fatty liver disease (NAFLD), the most common form of chronic liver disease harming patients who build up too much fat in their liver, according to research in Nature Medicine.

Not only does NAFLD affect people in their middle years (especially those with a higher risk of metabolic syndrome), it is the most common form of liver disease found in children, according to the American Liver Foundation.

The most common problem with NAFLD, according to the Mayo Clinic, is cirrhosis, usually in response to inflammation due to nonalcoholic steatohepatitis (a syndrome that promotes liver damage not associated with alcoholism but is indistinguishable from it).

Over time, some 20 percent of patients who are diagnosed with nonalcoholic steatohepatitis will fight cirrhosis.

The reason this discovery by European researchers led by Imperial College London is so very important: NAFLD has few external signs, apart from fatigue, abdominal pain and an enlarged liver. But, sometimes, there’s no signs at all.

Unless blood work or an ultrasound is recommended by a physician, this disease may not be detected until damage to the liver is significant.

Scientists involved in the research identified a compound produced by gut bacteria — phenylacetic acid (PAA) — that breaks down amino acids for food and could be used down the road by doctors to screen patients in blood tests for NAFLD.

Not only do high PAA levels signal more fat accumulating in the liver, subtle drops in genetic gut health diversity begin to occur.

As NAFLD becomes more advanced, the number of genes encoded by gut bacteria lessen, thus the composition and diversity of the gut drops too.

That’s not surprising, considering metabolic syndrome — the cluster of conditions fueled by obesity and high-fat diets that boost your risk of cardiovascular issues like stroke and heart disease — harms your gut by creating problems that alter your gut bacteria and produce inflammation in your intestine.

More studies are needed to determine how and why PAA may be linked to NAFLD and its relation to gut bacteria imbalances.

In the meantime, if you’ve been fighting a losing battle with metabolic syndrome, experiencing trouble losing weight and are concerned about the damage being done to your gut, you’re in luck.

EndoMune Metabolic Rescue and its unique blend of Bifidobacterium lactis and the prebiotic XOS work in tandem to restore the balance of bacteria in your gut and give your body the boost it needs to promote weight loss in an effective and healthy way.