Skip to content
Good gut health starts from the inside out with EndoMune Advanced Probiotics.
Free shipping on all orders over $125*
Menu

The cluster of developmental disorders linked to autism spectrum disorder (ASD) is one of the greatest challenges many American families will face.

Autism presents itself uniquely in each child depending on the range and intensity of his/her symptoms, typically with communication and social skills.

One out of 54 children (18.5 out of every 1,000) experience ASD to some degree, according to recent statistics reported by the CDC just from 2016, and the numbers keep climbing.

Over the years, evidence has shown connections between gut health and ASD that are hard to ignore. Often, studies show ASD children possess a distinctly different mix of gut bacteria than those who aren’t living on the spectrum.

Although consistent treatments remain elusive, future moms may be able to reduce some ASD risk factors for their newborns with some gut-friendly help.

Stress can be a real problem, not only for new moms but their babies (both before and after they’re born). Stress may lead to serious problems, including miscarriages, preemie births and developmental delays.

In previous research, University of Colorado scientists observed how female rats that were stressed and given the drug terbutaline (prescribed by doctors in some cases to delay premature birth) later gave birth to pups presenting autism-like symptoms.

For this new study appearing in Brain, Behavior and Immunity, Colorado scientists conducted essentially the same experiment with one major difference: another group of mice was inoculated with a species of beneficial bacteria known for its lasting anti-inflammatory effects on the brain (M. vaccae).

Female mice injected with beneficial bacteria had pups that didn’t experience autism symptoms compared to those that didn’t receive it.

Researchers were quick to throw cold water on any assumptions they were creating a “vaccine” for autism, or that microbial interventions could relieve ASD symptoms in children (although there’s documented evidence that some have benefitted from it).

However, a day may come in the not-too-distant-future when stressed-out moms who are at a higher risk of having a child with challenges like ASD could be given a probiotic or be inoculated to support healthy brain development, says Dr. Christopher Lowry, co-author of the Colorado study.

Based on the positive results of studies like this one, researchers recommend that new moms consider gentle approaches to preventing potential problems with ASD with an emphasis on bacteria.

Some of these interventions for new moms include lowering their stress levels with a walk in nature surrounded by microbes (remember the hygiene hypothesis?), eating fermented foods and taking a probiotic.

For a new mom wanting to give her body a gut-friendly boost, EndoMune Advanced Probiotic provides a plethora of benefits from the Lactobacillus and Bifidobacterium families, plus a proven prebiotic (FOS) that feeds the beneficial bacteria in her gut.

Is medicine better able to spot signs of autism spectrum disorder (ASD) or is the incidence of this challenging developmental disability actually growing?

It’s a question without a concrete answer…

Although the numbers remained stable from 2010 to 2012 according to the most recent CDC stats (2012), autism affects 1 in 68 children, and it’s some 450 percent more common among boys than girls.

Despite this lack of clarity, fortunately, researchers have identified a pretty common problem kids across the spectrum share: Gastrointestinal challenges that could be related to taking too many antibiotics, thus reducing their microbial diversity too early in their young lives.

A pair of recent studies highlighted the range of gut-based treatments that may soon tame the effects of autism.

Over 10 weeks, this young group of patients, ranging in age from 7-16, were treated with a bowel cleanse and two weeks of antibiotics, followed by daily fecal transplants for eight weeks.

The treatment regimen was effective, as it improved gastrointestinal symptoms by some 80 percent along with gut microbial diversity and calmed autistic behaviors by around 25 percent. And, that gut diversity held after treatments ended too.

But, there’s a couple of caveats to consider about this study too. For starters, there was no side-by-side placebo trial that would demonstrate if doing nothing made a difference too. That’s not a big deal.

The larger concerns, however, are the unintended consequences of having a fecal transplant in the first place, like receiving gut bacteria from someone who may be reasonably healthy but overweight then acquiring that same health problem.

Also, these risks can be especially tricky when patients attempt to take matters into their own hands by trying to replicate these treatments, a real problem researchers have acknowledged.

The lack of diversity in the gut was important to another study, this time with mice bred to exhibit autism-like behaviors, according to a 2016 report by Baylor College of Medicine researchers appearing Cell.

Based on sequencing long strands of DNA, the offspring of mice moms fed high-fat diets were severely lacking in Lactobacillus reuteri in their guts by a factor of nine.

Restoring that balance lessened some autistic behaviors and boosted the production of oxytocin, a hormone that acts like a neurotransmitter in the brain and a facilitator of bonding

Researchers speculate this genus of Lactobacillus may provide a basis for treating human neurodevelopmental issues in the form of a probiotic.

Treating neurodevelopmental issues with a probiotic, ideally a product made of multiple strains of beneficial bacteria like EndoMune Advanced Probiotic, certainly seems more ideal and much safer than taking drugs or undergoing treatments that may not yield the best results. 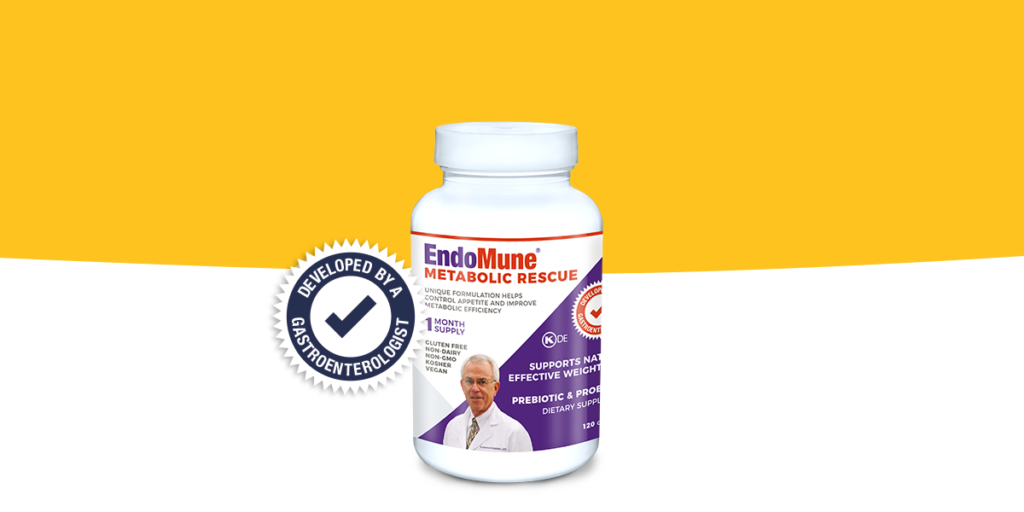 Autism spectrum disorder (ASD) is one of the most challenging developmental disabilities an individual can experience. While the origins of autism are still misunderstood, research suggests it is linked to genetic and environmental factors that trigger deficits in social communication and cognition.

The abilities of ASD patients can vary from the severely challenged to the gifted, depending on the individual and the causes.

One thing autistic children across the spectrum often share is a struggle with gastrointestinal problems that last until adulthood. “Studies have shown that when we manage these problems, their behavior improves dramatically,” says Dr. Rosa Krajmalnik-Brown, a researcher at Arizona State University’s Biodesign Institute.

Although there’s no cure for ASD, a pair of recent medical studies have discovered new links to gut health that better pinpoint this disease and, perhaps, how to treat it.

Signs of autism appear in the gut

With gut health being linked to a growing number of diverse conditions — tooth health to the immune system — it’s not surprising to learn ASD is linked to the gut, too.

After comparing gut flora from fecal samples taken from 20 autistic patients and an equal number of healthy children, scientists discovered a similar lack of microbial diversity among ASD patients previously noted in studies dealing with obesity and heart health.

Children with ASD had lesser amounts of three important kinds of carbohydrate-degrading bacteria: Prevotella, Coprococcus and Veillonellaceae. Of this trio, Prevotella — a common genus seen in healthy children with greater gut diversity — was found in conspicuously low levels in ASD patients.

Hopefully, the Arizona State study results will now guide new autism treatment studies that would modify the composition of bacteria in the gut.

Caltech scientists have discovered physical evidence that shows how probiotics help ASD patients by paying closer attention to leaky gut, a disorder in which a breakdown in the intestinal wall allows matter to pass through to the bloodstream.

After replicating biological conditions that trigger autism symptoms in the offspring of mice, researchers found the gastrointestinal tracts of these young animals were “leaking.”

To determine if these leaks influenced autism-like behaviors, Caltech scientists treated the mice with Bacteroides fragilis (B. fragilis), a bacterium used previously as an experimental probiotic therapy in animal research.

Not only did the leaky guts of the test animals heal, their behaviors improved greatly (the mice communicated better, felt less anxiety and were less likely to engage in repetitive behaviors). These results aren’t surprising if you consider the gut-brain axis that connects your intestines, brain and emotions.

Important note: The brains of mice and men are vastly different, with the human brain being more complex in terms of gyrification, which plays a great role in connectivity and species intellegence.

How will science use probiotics to treat ASD?

The next step for researchers will be an initial trial within the next two years to test the effectiveness of probiotics on human autism patients.

“In this study, we can provide a treatment after the offspring have been born that can help improve certain behaviors,” says Paul Patterson, a professor of biological sciences at Caltech. ”I think that’s a powerful part of the story.”

The tricky part about developing an effective probiotic: ASD is activated by genetic and environmental factors and their previous mouse model only replicated symptoms created only from environmental triggers, scientists say.