PrevPreviousA Low-fiber Diet may Harm Your Grandkids
NextCould a Mediterranean diet help your heart and gut?Next 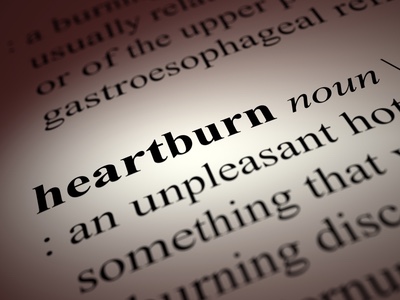 It’s not a big stretch to say over-the-counter heartburn drugs — proton pump inhibitors (PPIs) like esomeprazole (Nexium), lansoprazole (Prevacid) and omeprazole (Prilosec) — are some of the over-prescribed, overused medications on the consumer market in America.

An estimated 16 percent of patients ages 55-64 took a prescription drug for heartburn over the previous 30 days between 2009-12. This percentage is nearly double the rate from the previous decade (9 percent), according to data collected by the CDC in 2014.

Overall, PPIs ranked third on the CDC list, topped only by cholesterol and cardiovascular drugs.

The bad news: PPIs come with some serious side effects, especially if you take them in high doses over a year or more, including osteoporosis-related fractures and heart attack.

We warned you recently about another serious side effect of overusing heartburn drugs: A disruption of your gut bacteria, leaving it less diverse and more vulnerable to Clostridium difficile (C. diff) infections.

A pair of studies published nearly at the same time late last year in the health journal Gut confirmed how PPIs harm your gut health.

One study that tracked the health of more than 1,800 British twins discovered how the risk for infections may grow when taking PPIs regularly.

Among the patients being tracked, some 10 percent were already taking a PPI, including 20 percent who had been diagnosed with inflammatory bowel syndrome and 8 percent who were healthy.

Based on an analysis of stool samples, the guts of patients who took heartburn drugs had different strains of bacteria, including those typically found on the skin and mouth, like Streptococcus.

Scientists confirmed these changes when testing the gut bacteria of identical twins and only one was taking a PPI.

In the second study, roughly the same number of patients living in the Netherlands were tested for similar gut health irregularities with PPIs, with their stool samples studied with microbial DNA sequencing.

Not surprisingly, researchers discovered very similar results. Some species of gut bacteria were greatly reduced while others grew exponentially. Also like the previous study, there was more mouth bacteria found in the guts of PPI users.

Overall, researchers estimated 20 percent of their gut bacteria was affected by the use of PPIs.

How to avoid heartburn drugs

Despite these alarming results, some people must take heartburn drugs, but not everyone needs them. In fact, one 2011 study estimated more than half of patients receiving prescriptions for PPIs and some 60 percent who bought them on their own didn’t need PPIs or took them much longer than necessary.

If you’re not prescribed a PPI for heartburn by your doctor, here’s some simple ways to avoid taking one.

Should you need to take a heartburn drug, however, some experts believe taking a probiotic at the same time may prevent serious bacterial shifts in your gut health.

If you’re considering a probiotic, think about the diversity of your gut bacteria and look for a multi-species product like EndoMune Advanced Probiotic that treats a wide range of health problems naturally and safely.

Does Vitamin D Relieve IBS? Vitamin D is a versatile and very essential nutrient that does great things for your body. Not only does vitamin …

Poor Diets Increase IBS Problems For those who suffer from irritable bowel syndrome (IBS), not a day goes by without the imminent reminders of symptoms …