Skip to content
Free shipping on all orders over $125*
Symbiotic Blend of 10 Beneficial Strains, Developed by Board-Certified Gastroenterologist

Could a Mediterranean diet help your heart and gut? 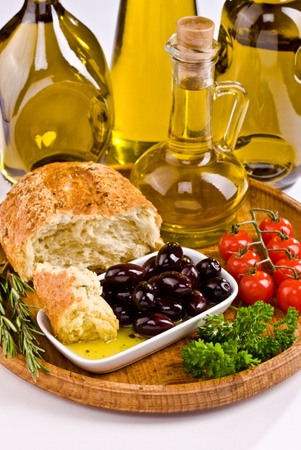 Trimethylamine N-oxide (TMAO) is a trouble-making metabolite produced by the liver after your gut bacteria digests animal protein that contributes to heart disease.

You may be familiar with our reporting on TMAO, as a number of researchers have targeted it, most recently using allicin, a sulfur-based compound in garlic, to reduce its chemical footprint and improve cardiovascular health significantly.

The goal: Develop safer ways to treat TMAO without resorting to antibiotics that promote the depletion of good and bad bacteria in the gut.

Previously, scientists had also tried unsuccessfully to stop the process by inhibiting host enzymes that converted trimethylamine (TMA) into TMAO until liver damage was detected.

A second TMAO-related study conducted by the Cleveland Clinic has discovered another way to fight atherosclerosis/heart disease by targeting gut molecules with DMB, a chemical compound contained in foods associated with the Mediterranean Diet.

This chemical is naturally found in grape seed oils, balsamic vinegars and cold-pressed extra virgin olive oils, according to the study appearing in Cell.

In testing on mice predisposed to atherosclerosis that were fed a choline-rich diet, DMB cut TMAO levels sharply by limiting the formation of TMA.

Should human trials by successful down the road, researchers believe this could lead to other investigations, and the development of a drug.

“If we replicate our findings in upcoming human studies, this could be a whole new approach to the treatment of cardiovascular and metabolic diseases,” says senior study author Dr. Stanley Hazen, according to a press release.

“In the meantime, our findings suggest that it might not be a bad idea to consume a Mediterranean diet to help stave off heart disease and other health problems.”

Adding a healthy amount of dietary fiber to your diet along with a multi-strain probiotic, like EndoMune Advanced Probiotic, also offers greater protection from cardiovascular disease.

IBS 101: The Origins Some of the most popular articles on our website feature irritable bowel syndrome (IBS), the most common condition gastroenterologists diagnose. As …

The Gut’s Connection To Psoriasis

The Gut’s Connection To Psoriasis We’re getting more evidence by the day about the harmful effects of the Western diet, a nutrient-poor mix of highly …